If you want to complete a prescription in a country other than Poland, please select a country from the list:

If you want to change the language, select it from the list:

Excessive alcohol consumption may produce negative effects on a man’s sexual performance. It may delay or completely inhibit an erection. It also adversely affects libido and a man’s mental condition. Too much alcohol makes a man more vulnerable to stress, various types of fears, and depressive states, which are not conducive to an active sexual life.

Alcohol is not an ally of male vital strength; it is estimated that as much as 85% of men with alcohol dependence have problems with their sexual life.  In some, the problems are manifested as impotence (in more than half of alcoholics), others suffer from low libido or lack of ejaculation after alcohol. Frequent consumption of strong alcoholic drinks devastates the entire body, leads to changes in the hormone and vascular systems, to blood sugar fluctuations and to testicular atrophy, as well as lesions within the liver. It all affects the quality of sexual life and reproductive performance. People who often drink alcohol must be aware that sooner or later they may develop erectile dysfunction (ED). What is more, the problems occur not only when they are under the influence of alcohol, but also when they are sober.

Alcohol and erections – how does it work?

Research conducted by scientists from Washington University indicates that intoxicated men need more time to have an erection than sober men. It is caused by the fact that alcohol inhibits reactions to external stimuli which are necessary to trigger the erection mechanisms (a stronger stimulation is often needed). Furthermore, alcohol affects the blood system and dysregulates the blood pressure needed to achieve and maintain an erection, it disturbs the thinking processes, and reduces desire for sex. 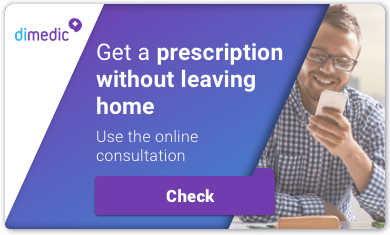 Erectile dysfunction after alcohol frequently stems from liver diseases, such as liver cirrhosis, alcohol-related liver steatosis, or alcohol-related hepatitis, as well as pancreatic diseases. Each of those diseases may manifest itself by erectile dysfunction, while in alcohol dependence – by alcohol-related impotency. This is caused by the fact that liver plays an important role in the metabolism of a hormone that is responsible for, among others, the sexual drive and potency – namely testosterone. In case of liver dysfunction, blood testosterone level decreases, which leads to impotency and the lack of desire for sex.

Read also: Vitamins for men – which ones to improve fertility?

Ethanol in alcoholic drinks has an enormous influence on the quality and duration of an erection because it dilates blood vessels and, thus, reduces the blood supply to the penile cavernous bodies. And when there is no rapid supply of blood to the penis, which is then retained inside the penis, there is no chance for an erection, even if a man is strongly aroused. Heavy drinking also leads to arterial hypertensions, one of the main diseases which accompany erectile dysfunction. It must be noted, however, that small amounts of alcohol may help in problems with erection, as low doses dilate the small blood vessels, facilitating the flow of blood through those vessels and reducing the diastolic pressure. 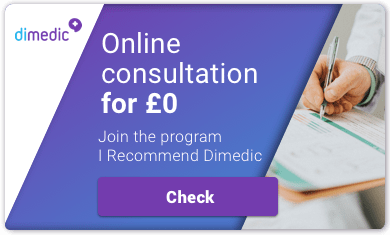 No erection after alcohol – nervous system down

There is also no chance for an erection when the transmission of stimuli from the central nervous system to male reproductive parts is disturbed. Such dangerous changes in the nervous system, including nerve fibre damage, may be caused by high doses of alcohol. Neuropathy, which results from long-term alcohol consumption, makes it impossible for stimuli sent by the pituitary gland to reach the reproductive organs properly. Remember that alcohol may also devastate blood vessels located in the penis itself.

Read also: Viagra – how and how long does potency drugs work?

What is more, alcohol abuse is often accompanied by depressive states, lower self-esteem, and general lack of interest in sex. Additionally, alcohol abuse is more often than not associated with factors contributing to erectile dysfunction, such as heavy smoking, obesity, drug use.

It is estimated that even as much as 70% of male heavy drinkers are under the risk of alcohol-related impotence, while half of alcohol-dependent men suffer from the disorder. The first step in treating the alcohol-related impotence is, obviously, total abstinence. Erectile dysfunction may also be treated in such patients in a similar way as in other men.  Doctors, then, prescribe medications which clear the blood vessels in the cavernous bodies of the penis. The medications are phosphodiesterase type 5 inhibitors and include the following:

The effectiveness of the inhibitors is high and the expected result may be achieved even after 30 minutes from taking a pill (in some cases, the effects continue for up to 36 hours). Remember, however, that alcohol inhibits the action of those drugs.

Read also: Problems with erection at a young age – what to do?

Although small doses of weaker alcohol may positively affect a sexual life because they help to overcome sexual restraints, increase libido, and boost self-esteem a little – drinking beer may turn out be a trap. Why? It turns out that frequent beer consumption has negative effects on male potency. Phytoestrogens (with similar influence as female hormones called estrogens) contained in hop may lead to undesirable effects in men, such as:

Those changes have aggravating effects on self-esteem and may disturb the sexual life of a beer-lover. 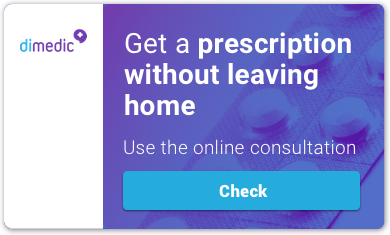 The content of the “Health Knowledge” section at dimedic.eu are provided for information and education only and cannot be used as a substitute of going to a doctor or other specialist. The publisher shall not be liable if the advice and information published on the website are used without consulting a specialist.

Consultations that may interest you

Diet for potency – what to eat to improve erection?
A diet to boost men’s potency should consist of foods rich in vitamins, arginine, selenium, and zinc. Saturated fats, simple sugars, and salt, however, should be reduced to a minimum because they may cause various diseases leading to erectile dysfunction.
Read
Ginseng for potency – action, effectiveness
Ginseng contains substances called ginsenosides, which have similar effects to drugs used for treating erectile dysfunction (ED). Ginseng preparations boost the synthesis of nitric oxide, which is necessary for the erection process. Therefore, the plant, which has been well-known for centuries, is considered one of the most effective aphrodisiacs, known to work for both sexes.
Read

Consultations that may interest you